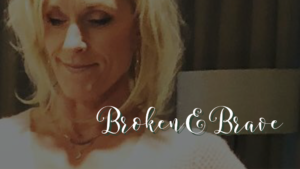 As I sit and begin to write this the song “The Imigrant” by Led Zepplin runs through my mind. Why? Because it’s in a Marvel movie...but I will get to that in a moment.

2019 was one of my top two most difficult years of my entire life. It runs in close competition with the single year myself and my family had to live homeless moving from hotel to hotel waiting for God to move in an impossible situation. The homeless thing ended with us moving from a hotel directly to a 3800 sq. foot mini mansion that settled on 2 acres. God likes to show off a bit I think and He rewards obedience as excellence.

But the struggle, difficulty and deep refinement of “walk on water kind of faith” was groomed in that season. I learned so much that I would later need about the timing of God in that season. Not just learning myself, but my entire family witnessed and gained wisdom by experience in that season. A priceless foundation established for future.

As a result I have children who have received more miracle working faith in God than many, many seasoned Christians who warm a chair every Sunday morning their whole life. Because they have seen the power and provision of God on extraordinary and miraculous levels. They haven’t just heard it spoken to them. They have lived it. And for this I am grateful. Do I want to do it again? Not a chance!

God walks us through, gets us through, carries us through because He knows what He intends to offer on the other side. Few people spoke to me that were “Christian” in that season. Not a soul from the local church lifted a finger to help us. This brought pain all it’s own. But in the end I had people call me, write me, commend me for my faith and they watched how I carried it. I had advanced to higher rank in God’s Army. And not a single person could take the credit for it that God alone deserved.

2019 was right up there with that one year. I would say it was the single hardest year of my life, except I haven’t totally forgotten the other one, and it was the hardest in different ways. But the theme was the same. God was using unfortunate uncontrollable to me circumstances to drive me more deeply into my faith for God as my Source. And most would never know how deeply I suffered because I spent the entire year in Joy and loving on others, serving others, encouraging others.

We lived an entire year with next to zero income. Next to zero—not an exaggeration. No government aid. Just prayer and dependence on a God who promised me it would be a growing Philippians 4:19 kind of faith.

I watched the hand of the Lord over and over again deflect the actions of men and provide for us again and again. We lost much, but God didn’t allow our enemy to touch one hair on our head and all of our children remained in the private schools and colleges God has planted them in. This in itself is miraculous.

I have always had a unique gift to see in the dark. Not with natural eyes, I mean in spirit. What 2019 brought me was into a deeper dwelling with the Holy Spirit. I’m eating from a different table and drinking from a different cup altogether. I reside in the deep. I don’t come up for air. His Presence sustains me.
I see the victories coming to me and gaining momentum. I see my armor in my sleep. I hear His Voice even more clearly and crisply. The span of the prophetic word of knowledge increase to global levels. And I feel a whole lot like Thor in the Marvel comics— 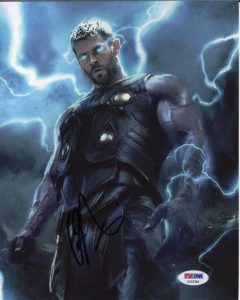 I am the Bride of Christ. I do not look like any ordinary Bride. But I am pure of heart, dressed in white. I’ve got the glow of lightning in my eyes and electricity in my finger tips. Pure fire in my soul.  I’ve been given Power. Irrefutable Power that cannot be taken, stolen, borrowed or used.

With Christ all things are possible.
There is a Remnant and unconventional Bride rising and unifying. This Bride doesn’t care much for traditional church services (some go, some don’t). This Bride, she isn’t all that impressed with making a name for herself. What she cares about is touching, healing, restoring souls. Watching God step up and out as we step back. He alone deserves the center stage. Pure Gold!

“As for you, the anointing you received from him remains in you, and you do not need anyone to teach you. But as his anointing teaches you about all things and as that anointing is real, not counterfeit—just as it has taught you, remain in him.” 1 John 2:27

You can share this story by using your social accounts:

Something Beautiful
A Deliberate Touch

My name is Nicole and the Broken and Unspoken things have fueled my wings and given me something brave, something bold. I do believe as we persevere through the unspoken difficulties in life we can find our voice and that voice can be used to help others take flight. I’m a lover of the pen and the ink I wield I hope lavishes encouragement on the minds, hearts and souls of others. Welcome to my home! I plan to use the space to make you feel comfortable, refreshed and blessed. My encouragement intended to help you find that better version of you that has been there all along. I am a writer of prose, poems, scriptural exhortations and all things fitness and nutrition. Mind. Body. Heart. Soul. It is all connected! So come in and make yourself at home. This is a Safe Haven and Refuge for others who have been broken, too.